A new study has highlighted how UK exports have suffered a big hit in the wake of leaving the EU.

A report from the Economic and Social Research Institute showed a substantial reduction in the number of products traded, with activity between the UK into the EU down 16% against expected levels before Brexit.

Things are even worse in the other direction, with trade from the EU back into the UK down by 20% against a non-Brexit scenario.

However, the report did note that results vary depending on the data source and comparison used, highlighting the difficulty in definitively comparing the trading environment now against how it could have been if the UK had remained with the Single Market.

Trade levels have recovered most of their pre-2021 falls in terms of value, but remain a lot lower than would have been expected compared to the growth that the EU is seeing trading with other nations.

Export volumes from the UK around the world have continued to grow but at a slow rate, potentially as a spill-over effect from Brexit on supply chains.

Business groups have urged the government to do more to help remove barriers to trade that Brexit has created.

Businesses around the UK have been struggling to adapt to the new trading environment with the EU, with more checks on goods and delays at borders putting pressure on costs and supply chains.

New data last month showed how almost half of UK exporters say they’re exporting to the EU less, though the situation is gradually improving as businesses adapt.

Issues with new compliance and regulations were cited as the main reason why UK exporters were facing difficulties, with 47% saying that compliance with the new rules was their primary problem, and one in three said new additional costs were hampering export efforts.

If your business has been negatively affected by Brexit and are looking at ways to mitigate any loss of international earnings, Go Exporting can help.

Our internal trade consultancy services have helped businesses of all sizes to expand their horizons and see growth in new international markets, finding where demand is strongest for their products and services, and creating winning launch strategies.

Learn more about how we can support your business to thrive in the international marketplace here. 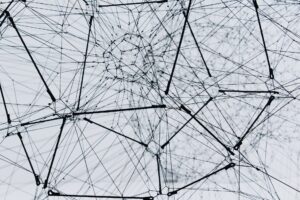 The majority of exporters in the UK don’t understand the principles behind the government’s future plans to digitise international trade.  According to a poll during an IOE&IT webinar last month, just 13% of participants on the call understood key terms to do with the digitisation strategy, including ‘single trade window’ and ‘ecosystem of trust’, and

Data from Dublin Port has shown how trade volume into Great Britain has fallen since Brexit, whilst exports into the EU have grown.  From January to September last year, overall port throughput fell 3.3% compared to the year before, whilst imports saw a small 0.4% rise.  CEO of Dublin Port, Eamonn O’Reilly, noted that there 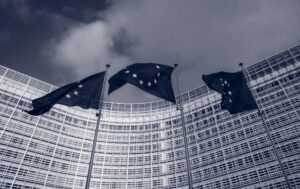 A new study has highlighted how UK exports have suffered a big hit in the wake of leaving the EU.  A report from the Economic and Social Research Institute showed a substantial reduction in the number of products traded, with activity between the UK into the EU down 16% against expected levels before Brexit.  Things