The UK will continue to participate in and help fund five key EU research programmes, including the €95.5 billion Horizon Europe project.

Under the terms of the trade and co-operation agreement between the UK and EU, the UK will continue to play an active roll in the programmes which includes the Euratom nuclear research scheme, as well as the UE satellite and surveillance services.

The two further projects the UK will continue to contribute towards are the ITER project to build the world’s first functioning nuclear fusion system, and the earth monitoring project called Copernicus.

UK institutions had suffered as a result of the Brexit referendum in 2015 with EU-backed funding dropping by almost a third. However, the deal agreed on Christmas Eve ends uncertainty surrounding the UK’s eligibility for EU competitions.

On 26th and 27th January, we’ll be joining Enterprise Nation for a special Amazon Bootcamp. The free educational online event will teach participants how to sell products globally, with sessions on marketplace essentials, guidance on shipping to the USA and selling into Europe after Brexit. The Amazon Small Business Accelerator Boostcamp is free to join 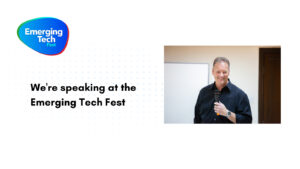 Join us at Emerging Tech Fest 2021

Join us between January 26th – 28th for Emerging Tech Fest 2021, Wales’ leading emerging technology conference. Delivered by CEMET, Innovate UK, KTN and Technology Connected, the three-day event will showcase some of the most exciting technology in Wales and beyond. Go Exporting CEO, Mike Wilson, will be delivering a sesson on 27th at 11:45am

The price of shipping freight across the Channel has surged following the end of the transition period as the realities of ‘Brexit for real’ kick in.  The price of moving truckloads from France into the UK rose almost 40% in the first week of January – according to a report by Transporeon.  Despite relatively quiet