The countdown is on. #BeBrexitReady with our free Brexit Knowledge Bank, webinars & checklists  >>>

The Department for Business has confirmed that the UK will follow World Trade Organisation (WTO) rules regarding subsidies following the end of the transition period, replacing EU state aid laws from January 1st.

The rules will cover financial assistance granted by governments and public bodies to businesses, something which has become a sticking point during the latest round of EU/UK trade deal talks.

The WTO subsidy rules are internationally recognised as the common standard, covering financial assistance given to private firms. However, unlike EU member states, most other advanced economies don’t have rules regulating these subsidies – beyond those set by the World Trade Organisation.

Currently, the European Commission policies state subsidies to businesses to ensure no distortion of competition regulations between EU member states within the single market – something which the UK will no longer be bound to next year – allowing the creation of its’ own subsidy control regime.

Yet despite having more freedom in this area, business secretary Alok Sharma said the government has no plans to return to a 1970’s approach of trying to run the economy or bailing out unsustainable firms.

He said that: “We want a competitive, dynamic market economy in which we can back British industries to create more jobs in this country, while also making the UK the best possible place to start and grow a business.

“While our guiding philosophy remains that we do not want a return to the 1970s approach of picking winners and bailing out unsustainable companies with taxpayers’ money, the UK must have flexibility as an independent, sovereign nation to intervene to protect jobs and to support new and emerging industries now and into the future.”

Read more: Johnson gives trade deal ultimatum as Barnier sets to touchdown for next round of talks

“As we take back control of our money and laws from the EU, we have a unique opportunity to design our own subsidy control regime in a way that works businesses, workers and consumers.

“Over the coming months, I want to work closely with businesses and public authorities across all parts of the United Kingdom to consider how best we can use these new freedoms.”

Further guidance will be published before the end of the year. 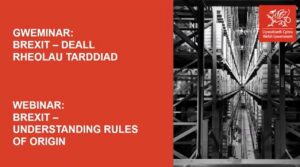 Earlier this month we joined Business Wales for a webinar series supporting local companies to navigate Brexit and the road ahead.  This episode looks at Rules of Origin, including a detailed look at what they are, the difference between non-preferential and preferential Rules of Origin, how they work in practice, how to determine and claim 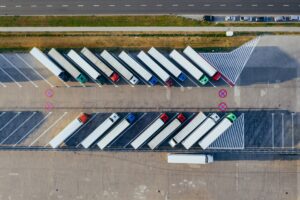 We are all hopefully aware that Brexit is going to mean changes to the way we export to the EU, in particular with customs declarations, added red tape, Vat changes and so on. But what effect will it have on our relationship with agents and distributors? The obligations, rules and regulations surrounding each will be

Is a Free Trade Agreement with the EU make or break for the UK Economy Post-Brexit?

With the end of the transition period fast approaching on 31st December this year, we still do not have a Free Trade Agreement (FTA) in place with the EU. Some commentators are hopeful one can be reached but difficult obstacles remain surrounding fishing rights and Government subsidies. It is still possible the UK could tumble