The UK is looking at alternatives to strengthening trade ties with the US as the chances of a quick turnaround on a bespoke trade deal look slim.

Prime Minister Boris Johnson is in Washington to meet US President Joe Biden, with the latter saying that a dedicated trade deal is unlikely in the immediate future.

Two core issues for Biden are the Northern Ireland protocol – something he has been vocally against over the last 18 months – and a deprioritisation on the US side to develop new bilateral trade deals, instead focusing on helping their economy recover from the pandemic from within and aiming to develop multilateral agreements instead.

Instead, the government could look to join existing trade pacts which would strengthen trade ties, namely the agreement already in place between the US, Mexico and Canada (USMCA). A series of mini deals could also be struck, including some British meat products now allowed to be exported to the US once again.

Johnson told reporters during his US visit that: “On the FTA [free trade agreement], the reality is that Joe has a lot of fish to fry.

“He’s got a huge infrastructure package, he’s got a build back better package. We want to do it, but what we want is a good FTA, a great FTA.

A back-door approach to stronger US trade ties could also be sought through the CPTPP trade agreement which also includes Australia and Japan – a pact that the US could join in the future too.

“We will keep going with free trade deals around the world, including in the United States,” Johnson continued.

“I have plenty of reason to be optimistic about that. But the Americans do negotiate very hard.” 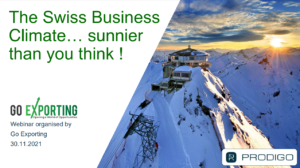 This month we partnered with Prodigo to deliver a specialist webinar exploring the export potential of Switzerland. Often overlooked as a viable opportunity, the webinar examines the current business dynamics in the country, current trade relations with the UK, opportunities for British companies and how to approach potential Swiss partners. Watch the webinar in full 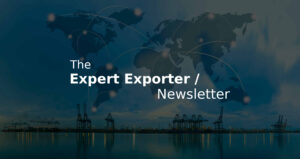 The Expert Exporter: Rules of Origin, Customs Declarations and your Lunch & Learn invite

Welcome to the final Expert Exporter Newsletter of 2021. Hard to believe it’s nearly the end of the year! What an eventful 12 months it has been, with Covid and Brexit impacting on business. Yet the world still spins, and some prosper, making the most of new opportunities, whilst others struggle to come to terms