The UK government has confirmed plans to enhance border checks at ports in Northern Ireland and intends to release detail with the executive outlining ‘physical posts at ports of entry’ as soon as possible.

Whilst the rest of the UK will stop following EU rules on agricultural and manufactured goods at the end of this year, Northern Ireland will continue to align itself with EU single market regulations.

A cabinet office spokesman told the BBC that: “We want to work with NI businesses and the executive to ensure new admin procedures are streamlined and efficient.

“The protocol puts legal obligations on both sides. We are committed to complying with ours, just as we expect the EU to comply with theirs.”

He said that the government had made clear the checks requirement for live animals and agri-food – similar to what’s already in place at ports including Belfast and Larne – especially due to how strict the EU’s rules on the entry of animals and food products into the single market.

So, whilst these border checks would always have been in the pipeline and a requirement of the Brexit outcome, this looks to be the first time the government has confirmed this will indeed happen.

Despite telling business leaders in November that there would be no buffers between GB and NI trade, and even saying that he would personally throw any suggested additional customs forms in the bin, the confirmation of enhanced border checks sits in contrast to Boris Johnson’s earlier Brexit rhetoric.

Brexit spokesperson for the Liberal Democrats, Alistair Carmichael even commented that: “It now seems Johnson was deeply dishonest with businesses when he previously asserted there would be no checks and businesses could put paperwork ‘in the bin’.”

However, minister Declan Kearney says that checks are required in order to ‘implement the protocol for 1st January’ and in a bid to avoid disruption to trade.

“Delivery on that infrastructure needs to start as soon as possible, and the British government has indicated that it will provide advice on the requirements and the funding to put that in place.”

We commend Go Exporting on providing such a professional and exceptional service, we would highly recommend working with Go Exporting for they provided a valuable addition to our work and helped us assist Jordanian companies to reach international markets.
Jordan Chamber of Industry
Mike Wilson carried out in-depth research and analysis and provided a professional, concise and clear report which we have published for our clients. We are looking forward to working on Phase 2 of this project where Go Exporting will provide further insights into this sector.
Enterprise Ireland
Go Exporting's report has formed an invaluable basis for our decision-making process and provides a robust benchmark upon which to guage our progress.
WJ
We were extremely pleased with the final report, which ran to some 450 pages, and covered in detail, country by country the information we required. It was laid out in a clear, concise manner, with logical summaries and inciteful analysis of the key data.
WJ
Go Exporting has managed in a very short time to open numerous opportunities in Countries like Germany, France, US, Canada, Saudi Arabia to name but a few.
AirSynergy
Thanks to Mike, I am now clear on how to go about my business. He is truly an expert with his exporting knowledge. I highly recommend any one who plans on Exporting and are unsure about things and process and paperwork etc. Dont hesitate to contact them. Thank you again Go Exporting.
TrustPilot
Previous
Next
View More 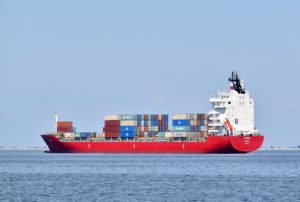 Government to guarantee trade credit insurance from the end of May

The government has agreed to temporarily guarantee trade credit insurance to support businesses struggling to get cover during the pandemic.  The guarantee will help both domestic and exporting companies within the supply chain.  With almost all sectors being financially impacted due to coronavirus, some firms have seen the number of payment defaults increase, making it

The UK government has confirmed plans to enhance border checks at ports in Northern Ireland and intends to release detail with the executive outlining ‘physical posts at ports of entry’ as soon as possible.  Whilst the rest of the UK will stop following EU rules on agricultural and manufactured goods at the end of this

As UK-US talks on a free trade deal officially get underway, there’s hope in the SME community that an opportunity arises which will help mitigate some of the damage caused by Covid-19.  Almost 200 negotiators will be locked in detailed discussions, via video call, every six weeks in a deal that could see UK-US trade,