FREE WHITEPAPER: Learn how to develop your international marketing strategy

5 ways the crisis in Ukraine is impacting international trade

The ongoing crisis in Ukraine has highlighted just how interconnected the world’s economy is. As with the pandemic, humanitarian, political and environmental shocks in one region can affect the global markets on a wide-reaching scale.

These five stats highlight the extent to which the war in Ukraine is impacting world trade.

Almost all major trade zones have seen a fall in value, predominantly due to the sharp drop in container ship traffic from Russia.

Keil Institute for the World Economy found through tracking shipping data that Russian imports are down nearly 10% whilst exports fell 5%.  In the EU, exports fell 5.6% and imports by almost three and a half percent.

The US has seen falls too, whilst China has been the least affected with exports down 0.9% and imports actually increasing by the same amount.

UNCTAD has warned that a prolonged invasion of Ukraine could see freight rates inflate to levels that would adversely affect economies and drive up prices even higher for consumers.

Whilst many economies struggle to slow inflation growth, numerous world organisations have warned that food prices could rise further and adversely affect poorer households. The Economics Observatory has already reported that food prices have increased since the start of the year, as high as 24% compared to 2021.

Closer to home, the rising cost of food has seen prices increase by 4.3% – the highest for over 10 years.

Slowing growth in the Asia-Pacific region

Sprightly economic growth following the mass relaxation of pandemic restrictions has now slowed, with China in particular expected to see expansion 0.4% lower than expected before the invasion. Worst-case scenarios are pitching China’s total economic growth at just 4% by the end of the year.

Key for organisations including the World Bank though is the impact on poorer and developing nations, especially within the East Asian and Pacific trading zones, where recent global economic shocks could lead to increased poverty.

Closer to home, importers and exporters in the UK have seen a dampening effect on global trade too, with revenues activity and revenues rising by just 2-3% – half what was expected just two months ago.

Read more: The Expert Exporter: How do you find the right international distributor?

Coriolis Technologies chief executive Dr Rebecca Harding said that: “Since 2020 there has been a general drop in exporter activity and so seeing the expected post-Covid rebound fall flat offers little hope for growth as global geopolitical risk heightens.

“Our data has been indicating a decline in exports and exporters since last year, and our forecast is for further downside risk because of sanctions and uncertainty in the wake of the Russia-Ukraine crisis.” 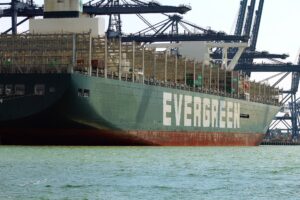 Negotiations begin over trade deal between UK and Gulf nations 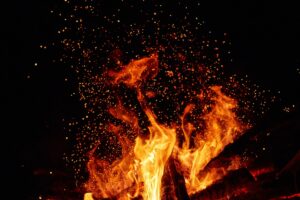 ‘Bonfire of the barriers’ promised for UK exporters

HMRC has warned UK firms yet to begin using the new Customs Declaration System that they may soon be unable to import products into the country.  Over 3,500 firms risk significant delays if they don’t move to the new service within the next two months and are being warned that registration and adoption aren’t instantaneous

Negotiations begin over trade deal between UK and Gulf nations

The UK and the Gulf Cooperation Council have kicked off the first round of trade talks in Riyadh in a deal that could cover more than £33bn in annual trade.  The GCC, which includes Bahrain, Kuwait, Oman, Qatar, Saudi Arabia and the UAE, would be equivalent to the UK’s seventh-largest export market, with demand for

‘Bonfire of the barriers’ promised for UK exporters

The government has promised a ‘bonfire’ of the current barriers to international trade for exporting business in the UK.  International trade secretary, Anne-Marie Trevelyan made the announcement as part of a new drive to reduce red tape and barriers to exports around the world – estimated to be worth £20bn in economic benefit for British