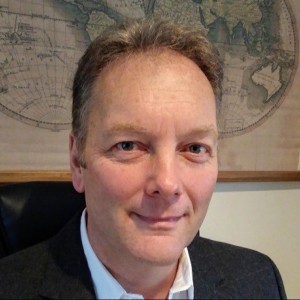 It is widely acknowledged that Brexit is going to present significant challenges for British international trade, irrespective of whether we reach a Free Trade Agreement with the EU before the end of the transition period. That in itself is looking an ever more remote possibility with both parties playing hardball and the UK Government’s unprecedented threat to break international law.

One post-Brexit change in international trade causing palpitations in some businesses is one you may not have heard of, or not considered a real threat – Rules of Origin.

What are Rules of Origin?

Think of Origin as the ‘Economic’ nationality of your goods. It is their passport to the way they are dealt with in international trade in terms of duties, standards and compliance with relevant trade agreements. As such Origin can have a profound effect on the viability of your product.

Is origin not obvious?

In this day and age of complex supply chains, defining the Origin of a product can be difficult. It is not where the final goods are shipped from, or even where they are produced, account must be taken of the origin of the components which make up a final product and the work carried out in the country claiming Origin. Many products are made up from raw materials and components sourced from several countries.

Rules of Origin take all these factors into account in order to develop a decision-making framework between countries or economic blocks that are party to a trade agreement, known as Preferential Rules of Origin.

Where an FTA does not exist, the World Trade Organisation (WTO) has guidelines for countries to follow and common duty rates, known as Non-Preferential Rules of Origin.

What is the post-Brexit challenge?

As a member of the EU we have been party to its Free Trade Agreements with many other countries and Economic Pacts around the world. Now we have officially left the EU, when the current transition period ends on 31st December this year we will be trading under Non-Preferential Rules of Origin as part of WTO arrangements unless the Government is able to agree Free Trade Agreements not only with the EU itself but also non-EU countries around the world.

That much has been widely discussed in the press and on television news. What is not mentioned however is that either way Rules of Origin are going to have a potentially devastating impact in terms of confirming a product is British. It is estimated that associated administration and compliance costs could run from 4 – 15% of the good value. This is in effect a hidden duty.

Within the EU any materials or components sourced from another EU country are classed as ‘national’. In effect this means that if a product has 70% of its components sourced from France or Germany for example and is then assembled in the UK, it has EU origin in the eyes of other EU countries and all other countries where the EU has a trade agreement. Consequently, it qualifies for preferential tariffs.

Once outside of the EU, typically FTAs require at least 50% local content in order to confer origin. In our example above, therefore, the product would not qualify as British, meaning it would fall under WTO Non-Preferential rules and tariffs.

How big a problem is this?

This is an issue which could well affect many UK industries as shown by the table below. Computers, metals auto are all important examples where external components are estimated to be above 50% of the total.

Mike Hawes, Chief Executive of the Society of Motor Manufacturers and Traders, gave evidence to the Business, Energy and Industrial Strategy Select Committee recently. He said that the average car made in the UK uses “20-25 per cent” domestic parts. “To move from where we currently are… to 60 per cent will take many years. There is not necessarily the capability here in the UK”

Even for those businesses with less overseas components and where Origin can be defined as British, significant challenges are looming. Currently around 135,000 UK businesses ONLY export to the EU and have no experience of Rules of Origin. Suddenly they will have significant compliance costs in terms of admin, legal and audit to prove British origin, not to mention potential disruption to international deliveries as customs checks are carried out.

Is there a solution?

To maintain the current status quo on origin would require the Government to achieve a Free Trade Agreement with the EU which allows EU materials and components to count towards British origin as they do now.

In addition, we would need to replicate EU trade agreements with other countries under exactly the same terms so that EU goods count as British.

There are a lot of obstacles to achieving this and it is by no means certain it can be achieved. Tough negotiations lie ahead and time is short if British international trade is not to be significantly impacted.

As regards the additional costs, there does not seem to be a way around this. FTAs generally set a high bar for proving origin in order to benefit from preferential tariffs. We’ll just have to get used to a more bureaucratic world in international trade post-Brexit!

Go Exporting is a specialist export consultancy that launches businesses just like yours into new international markets. As such we have made it our mission to keep exporters informed about the challenges Brexit will bring and provide support services to help them along the journey.

Whether you have a single question or are looking for a full Brexit audit, we offer cost-effective flexible support.